Hiking from Valbona to Theth

If you’re going to Albania and like hiking, the Valbona to Theth hike is a must. The 1.759 meter high Valbona Pass is Albania’s most famous and popular hike. If you’re coming from the Valbona side, you’ll have beautiful views the whole way up to the peak. I’d advice coming up from that side as the Theth side is more forest and less views. Even though it is just one full day of hiking it will take you three days to do the trip. Here I’ll describe how you can get from Schkoder to Valbona, hike from Valbona to Theth and take a 4×4 from Theth back to Schkoder.

Keep in mind: The Valbona pass is only open from June until early November. Any later and it will be blocked by snow.

Day 1- How to get from Schkoder to Valbona

There is no need to book a tour as it is easy to organize the trip by yourself. Your hotel or hostel in Schkoder should be able to help you plan it. We stayed at ‘Our Way hostel’ which was a good cheap option. Our hostel booked both the bus and ferry for us and let us store our luggage and park our car. Most places in Schkoder will be happy to store your luggage for you. Other travelers have recommended ‘Lake Schkodra Resort’ which has a campsite by the lake and -even better- treehouses to stay in! I think we would have opted to stay there if we had known about it. It’s only slightly more expensive then a hostel and especially if you are sharing with someone it may be the nicer option. Before you leave Schkoder make sure you get enough cash out, because there are no ATM’s in Valbona or Theth.

From Schkoder you’ll have to take a bus and a ferry that crosses Lake Koman. To make sure you’re in time for the ferry you’ll leave at 06:30 in the morning. The Ferry trip will give you some nice views of the lake and take you Fierze. Once the ferry reaches Fierze another bus will take you to Valbona. This trip should cost no more than €15 total. We realized a little too late that Valbona isn’t really a village, but just one long street with guesthouses spread out along the way. We planned on finding a place once we got there, but this was a bigger challenge then expected. We ended up walking up and down to find a place to stay. So if you weren’t planning on sleeping outside, It’s advisable to book a place in advance or at least have a place in mind. I would not advise staying at Fusha e Gjes hotel. We ended up there, but the food was terrible and service wasn’t great either.

Day two- The hike from Valbona to Theth

Depending on your starting point the hike will take 6-8 hours. Not convinced our fitness abilities were up to the task, we decided to start early. Definitely plan some extra time to take photos of all the beautiful views along the way! The hike isn’t particularly difficult of strenuous so anyone should be able to do it. We were even carrying all our heavy photo gear and my friend Heather couldn’t live without her hair dryer, so she brought that too. Without the heavy gear and many photo breaks we could have easily made in in six hours. Don’t forget to take a packed lunch with you to enjoy at the top! Me and my friend both took time to fly our drone at the top. Sadly, my friends drone crashed and she decided to climb down to get it (basically risking her life for the footage). We did get the drone back and decided to celebrate with a beer on our way down. Enjoyable, but we lost a lot of time and ended up having to hike the last part in the dark. 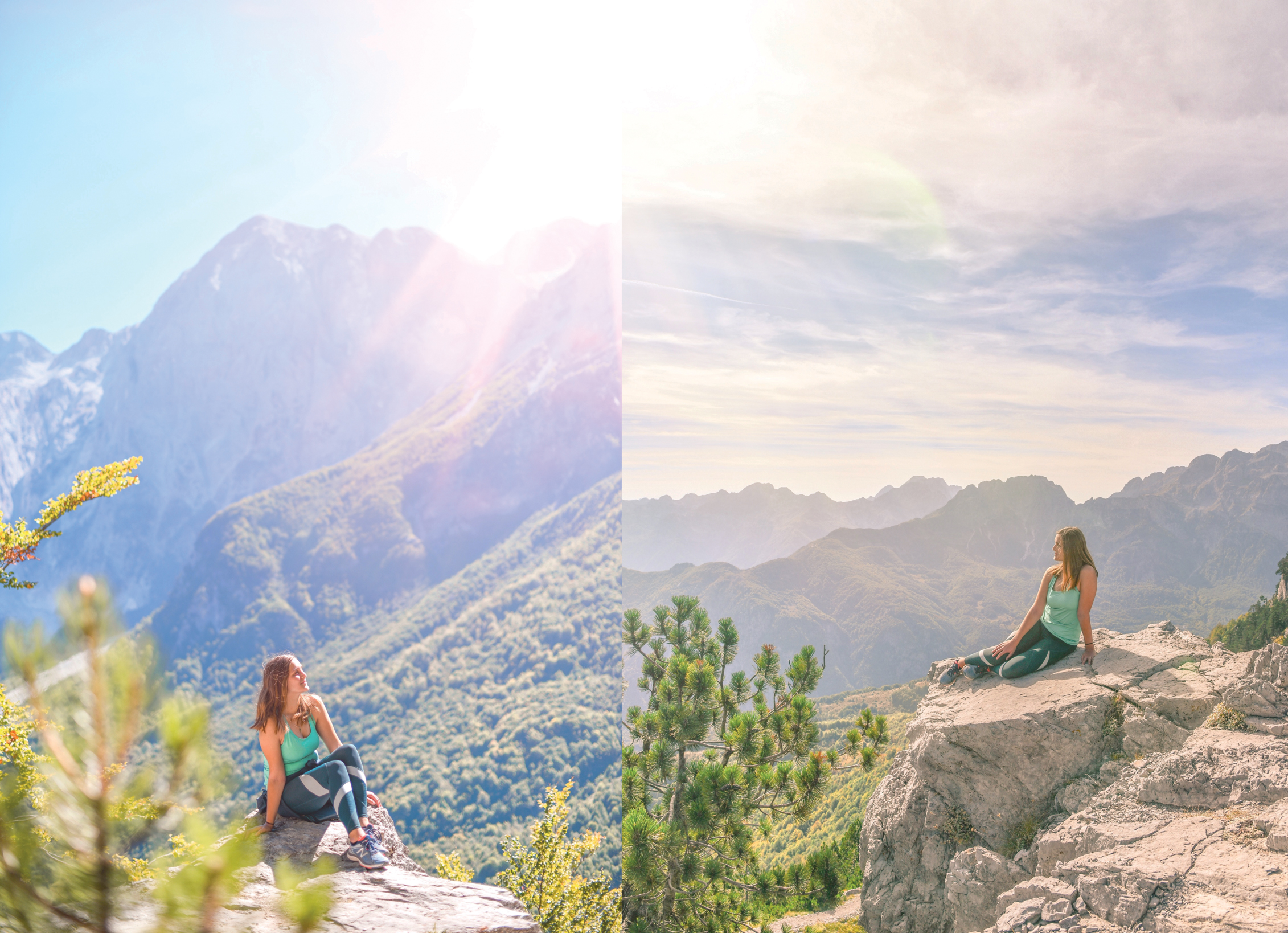 Day three- Getting back from Theth to Schkoder

We didn’t have a lot of time in Theth, so we had to miss out on visiting the blue eye. However, we did manage to squeeze in a visit to the very picturesque church. Usually your hotel or guesthouse can arrange a ride back to Schkoder, but we had a small problem at our hotel. When we wanted to pay for our room, they wouldn’t accept one of our bills. There was a small tear at the bottom and since there were no ATM’s we had no other way of paying. Just when we thought we were going to be stuck there forever, a guy we’d met the day before spotted us some money. We ended up walking to another guesthouse to arrange a ride back. Eventually Guesthouse ‘Bujtina Polia‘ provided us with a ride back and we heard good stories from the people staying there. The ride back to Shkoder should cost around €10 and will take you around 3 hours.