How I got my heart broken in Nicaragua

This is going to be the most personal story I’ve ever shared online. I know some people will call me naive, or maybe even stupid. I’d like to think I’m just a risk-taker and someone who trusts a little too much sometimes. So, what happened? I flew across the globe for love and found out almost every cliché about Latino men is true.

How I fell in love

We met in August while I was traveling in Nicaragua. I stayed at the hostel where he works. I noticed him as soon as I’d arrived and I made sure to order all my drinks from him. He was a good-looking guy with incredible energy and a dashing smile. Every time our eyes met I felt this undeniable chemistry between us. We talked a little bit, but other people wanted to order drinks as well (how annoying!), so our talks were always cut short. I asked if he wanted to join us at the beach when his shift was over. He did and our romance started out with a bonfire and some stargazing, (classic movie material). Since we were at his work, we had to sneak around and I couldn’t even kiss him goodbye when I had to leave the next day. I didn’t expect to ever see him again, but he messaged me the next day that he would be in town for the evening. I don’t think I’ve felt nervous about seeing a guy since I was 18, but I felt butterflies in my stomach. I met him in the local salsa club and we danced, we drank and we laughed. We spent another amazing night together, but I was traveling with a friend at the time and I was heading to my next destination. My friend and I left to the Corn Islands. I must have driven her crazy, because I simply could not get this guy out of my head. I couldn’t figure out why I felt the way I did, because after all we had only spent a few days together. I told my friend that I wanted to go back for a few days and although she thought it was a really bad idea, I booked the ticket anyway. So, at the end of my trip in Nicaragua I went back to see him for a few days. The chemistry was still there and being with him again felt amazing. We shared personal stories and stayed up all night. I didn’t want to go to sleep, because I didn’t want to miss any time together. Obviously, I had to go back to the Netherlands and we concluded it would be impossible to see each other again. Even so, we stayed in touch despite the 8-hour time difference and eventually I started thinking about going back. We talked every day, called a couple of times a week and send each other videos and photos. He said he wanted me to come back. I believed him at the time because, why wouldn’t I? Why would someone go through all that effort if he didn’t actually like me? I asked him more than once if he really wanted me to book a flight. I needed to know that he was absolutely sure. He told me every day that he really wanted me to come and that he couldn’t wait to have me close again. For years I had not felt this way about anyone. Returning to Nicaragua didn’t seem so impossible anymore.

How I got my heart broken

On the 7th of November, I flew to Nicaragua. I was feeling a little bit nervous, but mostly excited. He promised to meet me after work and I was waiting anxiously at the hostel he had booked for us. I’d been thinking about this moment for months. My heart skipped a beat when he showed up, but looking back even that first night something felt off. Almost immediately I felt disappointed by his lack of enthusiasm. I didn’t want to jump to conclusions right away, and I knew he had been going through some personal stuff. I blamed his behaviour on his troubles, as he did, but little by little I started seeing more red flags pop up. I didn’t know what to do, because I didn’t want to let go of what I thought we had. He made excuses not to see me even in the first few days. At one point, he even tried to get me to leave for a few days, because he needed ‘to collect his thoughts’. Different people started warning me that he had been seeing other girls. By the end, I’d heard about at least four girls. When I confronted him, he denied everything and every time he would tell me some kind of emotional story. In my mind, someone who is that emotional can’t be lying. At first, I chose to believe him. He swore that there were no other girls. But when at least 5 people tell you to get the hell out you should listen. He even dared say that it was my choice to believe those other people over him. Luckily, I’m no longer at a point in my life where I take that kind of bullshit from anyone. I did however decide to stay and try to make the best of my time there, which wasn’t easy, because I was feeling heartbroken. I always thought it was impossible to feel sad at a nice beach with good waves, but now I know that it doesn’t cure heartbreak. I didn’t think things could get much worse, but then all my stuff got stolen (camera, MacBook, credit card) and my phone ended up in the pool. Even if I wanted to I couldn’t go anywhere, because now my money was gone too. At some point, I wondered if it wouldn’t be better to just go home. Luckily, I met many amazing people who comforted me, helped me and listened to me when I needed it. It is because of them that I managed to enjoy some of my time there despite everything that had happened. My trust was broken by a guy, but restored by all the wonderful strangers who became my friends when I really needed it.

Now this behaviour goes beyond cultural differences, but I should have taken the differences much more serious. Sex doesn’t appear to mean the same thing. Almost all the guys there that have a girlfriend will still sleep with other girls. Besides that, they are nowhere near as direct as most Europeans I know. And by not direct, I mean they lie. They lie about girls, but also about little stuff that shouldn’t even matter. Don’t get me wrong, I am aware not every guy is like this, but I know from first-hand experience that this true for a lot of the men there. I’ve even talked to men there who confirmed this is true.

What did I learn?

To this day, I do not know exactly what happened. He couldn’t tell me what had changed and why he let me fly to the other side of the world. I don’t want the lesson I take away from this to be that I shouldn’t trust people or that I shouldn’t take risks. Unfortunately, the only way to fall in love is with your whole heart. So, the lesson I’ll take away from this is that I’ll be alright wherever I go, because there are amazing people everywhere. I may need some time to recover, but thanks to everyone I met I can still look back on my time there (at least parts of it) with a smile. 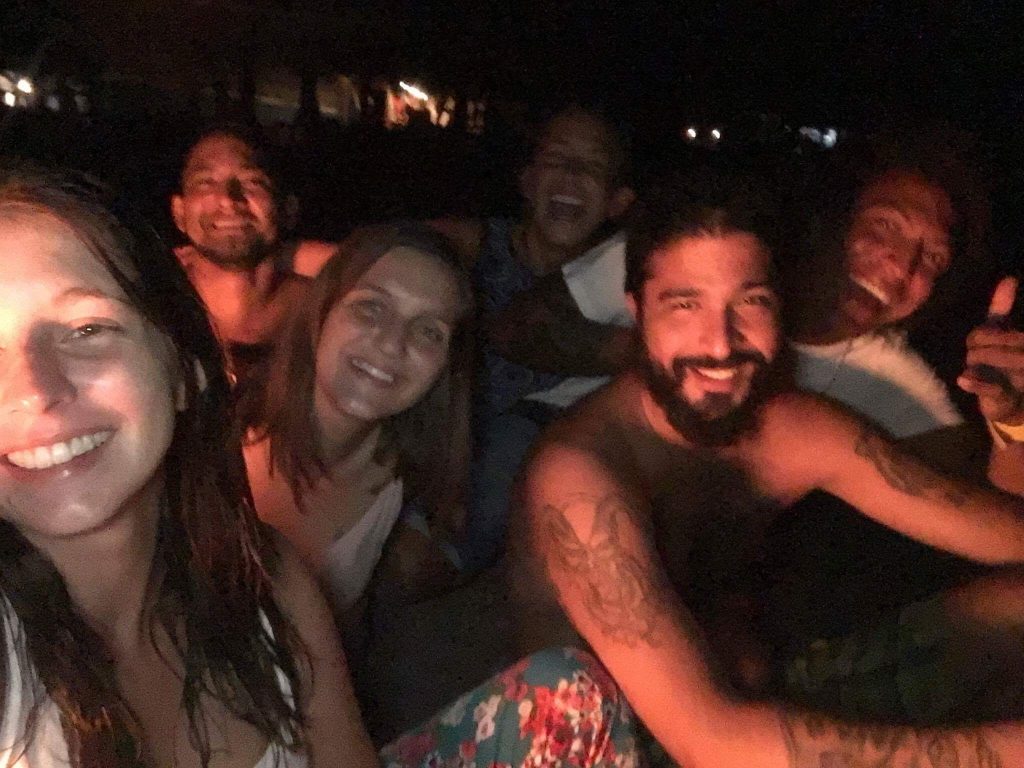 Guide to Flores and Tikal in Guatemala Things to do in Monteverde, Costa Rica